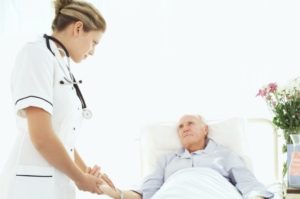 Female Doctors May Be Better for Older Patients’ Health
The findings raise questions about if those physicians’ methods could be pinpointed and copied
By Casey Ross, STAT on December 19, 2016 in Scientific American

A new study could add to the argument over equal pay in the ranks of medicine: Older patients treated by female doctors tend to do better than those treated by males.

Public health researchers at Harvard found that elderly patients were less likely to die or be readmitted to the hospital within 30 days if treated by female doctors rather than male. The study doesn’t explain why this happens, but prior studies have found that female doctors tend to spend more time with patients, communicate better, and follow clinical guidelines more often than their male colleagues. Read more>>>