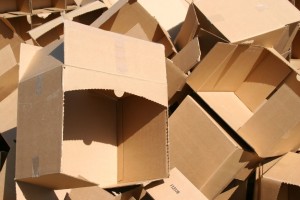 (New York Times, February 16, 2016) — Ruchit Garg, a Silicon Valley entrepreneur, says that he worries that something isn’t right with his Internet shopping habit. With each new delivery to his doorstep — sometimes several in a day — he faces the source of his guilt and frustration: another cardboard box.

Then, when he opens the shipment, he is often confronted with a Russian nesting doll’s worth of boxes inside boxes to protect his electronics, deodorant, clothing or groceries. Mr. Garg dutifully recycles, but he shared his concerns recently on Twitter. Read more>>>